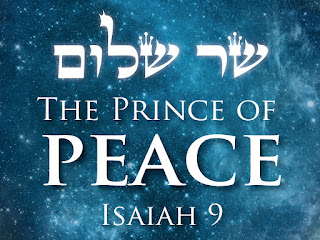 It's Easter again. Easter holiday for the year 2020. Looking back, I remember thinking how old I would be in 2020 and I was right. I am old. To tell the truth, I didn't expect to make it this far. I mean, I'm not a careful guy. I've taken a number of foolish gambles and although many did not pay off, somehow I survived.

Thinking about Easter, I haven't always been a Christian believer, either. Nope. I was brought up in the Baptist church but I always had my doubts. The story of Jesus is a big pill to swallow. Basically, it's belief in a reality that is different from what one sees. The material world reveals itself as solid, steady, even unyielding in its physical rules and limitations. You can't turn water into wine and you've got to eat to live. Right? Seein's believin', that's what I used to say.

However, I was always interested in physics and atomic theory and stuff like that. All that studying and cogitating on the universe brought me to realize things are not as they appear. Although I had my doubts, I slowly began to see that human understanding of the material world is limited. We don't know everything that is going on, we don't hear everything, nor do we feel everything. We can't. It's beyond our capabilities.

Within the mind, language arises from thought and ideas, but those things arise from desire and emotion -- from nothing. We are moved by spirit. We are vessels for the realized action of spirit.

If Jesus rose from the dead, then the world is as He said it was and is vastly larger than we can see: it is not limited to the physical world. Much more would have to exist beyond what we can detect. But that's what all the hulabaloo is about. That is, whether you believe there is more to the world and the universe than you can see or even comprehend. And that's what I believe.

Hey, I'm an educated guy. Additionally, I'm old. I've done things I can't believe I've experienced, yet I'm still around to tell the tale. Furthermore, if you want to write me off as just another ignorant buffoon, I suppose you can do that. However, it's at your own risk. Just don't be so quick to think you came up with all the answers on your own. Because you didn't.

Have a Happy Easter and think about the notion that Jesus Christ came into the world to let us know we don't have to act like animals. If you believe, then it is so. Have faith. The rewards are mind-blowing.
Posted by TommyBoy at 11:01 AM