My Old Truck and the Kindness of Strangers 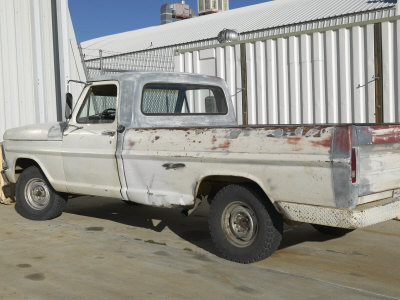 I'm always getting into a jam somewhere with my old, broken-down truck. It happened again a couple of days back when my pick-up refused to start at a strip mall. It was hot outside and checking the battery became a chore when I had to remove it and scrape the corrosion from the leads. Nope, that wasn't the problem. Some people strolled by on the way to their car and asked me if they could help. In a minute, the two men were pulling the battery out and agreeing to give me a ride to Walmart. All that was accomplished and one of the guys went inside with me at Walmart. We determined that my old battery was six years old and had passed the prime of its life. He found the right replacement battery for me and whipped out a credit card and paid $108 for it. I stood there, my credfit card in hand, realizing my helpers were treating me like a confused old man. I told the guy thanks but still felt uneasy about anyone paying my bill for me. We returned to the truck, installed the battery, and of course it started right up. I was grateful to those guys for helping. They seemed surprised to discover I wasn't a down and out drug addict and as we parted I told them to Google me. "I sell books on Amazon," I explained. That seemed to quiz them somewhat. Old man with long, white hair in beat up old pick-up writes books? I will remember their kindness and be sure to pass it along to someone else.
Posted by TommyBoy at 9:19 AM 2 comments:

Stolen Worlds, by Thomas Stone, is in audio production and, if all goes well, should be available for purchase as an audiobook in October 2020. Stolen Worlds is the legendary second book in the original Harry Irons' science-fiction trilogy. Rated PG-13 and a fun, well-written, reading experience. Currently available in either paperback or ebook. Thanks for reading!
Posted by TommyBoy at 10:38 AM No comments: 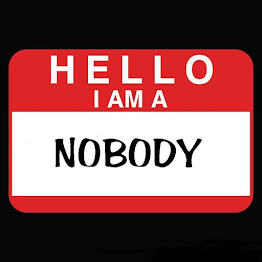 When I was a young teen, James Bond (you know, 007) was a big deal at the movies. He was a man of action and adventure. Also, he had skills. He was a tough guy who dressed like a male fashion model and he could kick the bejesus out of any opposed to him and the British Crown, foreign and domestic. Naturally, I wanted to be James Bond, or at least a facsimile.

Being from Texas and all, I noticed that many of my peers wanted to be like John Wayne. They practised talking like him, walking like him, and acting like a Cowboy. If you think about it, it was a show to emulate the most masculine actor on the block. Right? Thank goodness I was never that crazy about The Duke. Like I said, James Bond was my man.

Of course, pretending to be somebody doesn't make you that person. You're still stuck with whoever you are, but you insist on carrying the same values as The Duke or 007 or some other popular figure.

If somebody asked who you are, what would you say? How would you describe yourself? A large percentage of Look At My Thumb survey respondents said something remarkably similiar to this:

"Hi, my name is Stuart. I'm a mid-level manager for a Fortune 100 company, but basically I'm in banking. I have a wife, Judy, and three children, two grown boys and a girl, er, young lady. I play golf and have a membership at the local club. My wife likes to paint and is active with local charities."

The thing is, in answering such a question, we relate our professional achievements and present a solid face for  what we think would be a level-headed guy, or gal, while saying nothing about our drive, our desires, and what we'll do to get what we want. Or won't do.

When we describe ourselves to others, we tell a saga, a hero's tale with ourselves in the lead role though we'd rather not share whatever peculiar habits we may have picked up in Borneo or Mozambique, or maybe east Memphis, and that goes as well towards a lifetime of secrets ranging from uttering the words "die nigger" at a Dallas Cowboys versus Philadelphia Eagles game, circa  1991, to getting strung out on cheerleader pornography while in college.

We know we're not really John Wayne or James Bond, or Rocky, or Bullwinkle, but we try it on for a few years anyway because we admire something about these famous characters. We think we freely chose to be like this person or other, but we didn't. Nope. Instead, roles are chosen for us and we are what we are told we are. "You want to be like The Duke, don't you? Then quit yer sniveling or you'll always be a baby."

Sometimes I thought about being my mother's butler so I wouldn't have to find a job, move out, and cook for myself. It didn't work out. I was asked to leave at 17.

Societal/social/psychological roles are handed to us or sometimes forced upon us. From that POV, what are you? Did you choose to be how you've turned out as an adult? Who are you? Are you what's important to you or what's important for someone (or somethng) else? Do you even know what's important?

Now that you have something to think about, put that cup down and get back to work. Break's over. 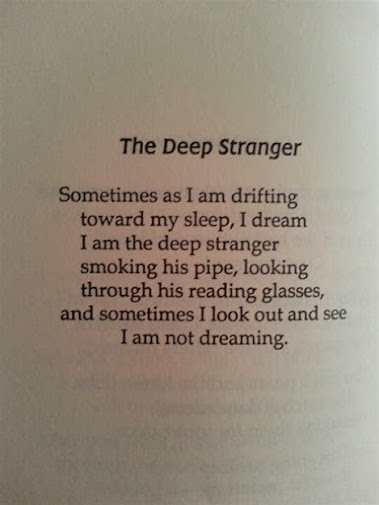 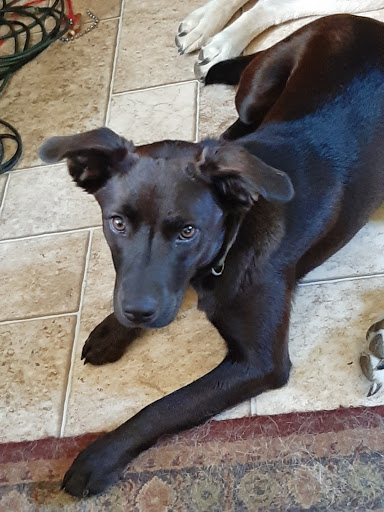 Welp, somebody took my new puppy. She and Mae went out for a walk and a poop at dusk last night and the little one never returned. I had her for three weeks. Mae seems sad this morning and has refused her breakfast. I hope whoever took the little one will treat her well -- she was a good dog.
Posted by TommyBoy at 9:47 AM 3 comments: