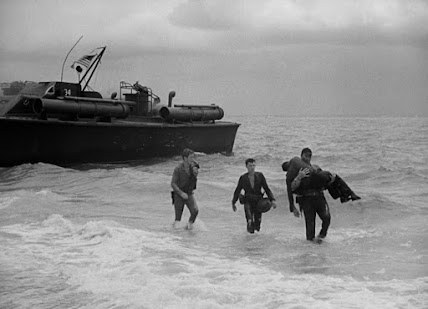 Ok, this is a tough one from way back in the 20th century. The big guy in the photo looks suspiciously like John Wayne. Not PT109. Not Green Berets. If you guess correctly, I will write your obit for free. 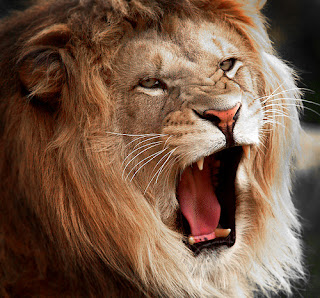 To a certain extent, ambition is a built-in human drive that grows out of the desire to be a successful organism. You know, fat, happy, and sexy. I guess we could throw healthy in there too, but that's not really what this article is all about.

It's about our instruction set; that is, the drive to achieve whatever it is we desire. Before one chooses, one must first decide exactly what it is one should pursue. After all, time is money. Right? So let's not waste time tiptoeing through the weeds in search of direction.

Generally, the answer to the search for something to do (the meaning of life) is to make great gobs of money, to become wealthy so that one may become as powerful as possible. Only when that goal is achieved can one afford to pursue the mundane pleasures of travel, expensive wines, fast women, sensory thrills, and the trappings of material wealth (as well as the display of said wealth). That's the simple man's short and sweet version of ambition, direction, and success, all bundled into a single focus: money.

I'm kinda looking past that. It's all well and fine if your ambition provides focus and it probably does a little good for humanity too, or at least your kids, wife, and pets. Still, your ambition works to push distractions away. On the other hand, I embrace my distractions and try to bring them to the fore. If I have a problem, I'm not shy about discussing it with strangers.

I met a guy at the post office who was in the Navy 40 years after I was discharged. He was a lifer -- that's what we call someone who enters the military to make a career out of it -- but apparently he grew dissatisfied and left. The reason he was dissatisfied was interesting. He told me military service had become so politically correct in its pursuit of equality and diversity that the preparedness of fighting units was seriously degraded.

Additionally, billets were/are being filled more often with females supplanting more traditional male roles. This strategy has resulted in institutionalized incompetence with political strategies outweighing practical strategies. Everybody knows it but nobody wants to admit it. It's like a chapter from The Emperor Has No Clothes. Who cares if the battle was lost as long as the military force maintained its diversity?

My acquaintance also expressed a disregard towards any authority that would intentionally set up a system of incompetent leadership and call it progress.

My ambition stops when I realize my goals hurt others. I mean, I understand you gotta look out for yourself, especially when one is alone in the world and the bad guys are out walking around like a lion looking for something to eat. I don't want to end up paying for someone's else's search for meaning.

I should say, along with my carefully monitored ambition, I also work to control my disappointment so that nobody gets killed when I don't get what I want. Yep -- gotta curb that disappointment.

I have to be doing something right -- I've got food in the fridge, the mortgage is paid off, animals are happy, and I now have enough personal freedom to be able to tell practically anyone to piss off.

What's your ambition? New car? Stable job? Getting laid? Whatever it is, it's always a wise move to sound the depths of your own character. That is, make sure whatever it is you've chosen in life to be your great motivator... make sure it's something real and something you can build upon. There's a lot of folks out in the world who want to sell you an illusion.

I wish you luck and remind you that everything you do amounts to who you are.
Posted by TommyBoy at 12:58 PM 4 comments: 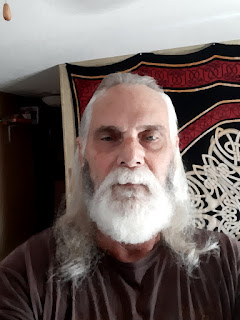 My father was a physicist who worked as a well-logging engineer before he retired and returned to teaching high school math at Bell High School in Hurst, Texas. He discovered high school was nothing like it used to be and consequently struggled with his health until he died two years later. Upon his death, I was set loose upon the world to seek out injustice, good weed, and pretty women. I fulfilled my role with vigor although I really was not properly prepared. I paid little attention to politics, career, or choice of vocation. Sex, drugs, and rock 'n roll was not just a flippant reply to me -- it was, rather, a mission.

Many years later, I find my attitude is still intact. Yet, I have slowly learned that I am a principled guy, believe it or not. While my principles may be misguided at times, I am satisfied with what I have accomplished. Life in America these days is turning out to be rotten but the thing is, the quality of your life is still up to you. You still have the ability to choose your mood and attitude. If you choose to be defeated and depressed, well, that's your problem. Cry me a river.

If I had not mentioned it already, I discovered from my cousin that I am a direct descendant of Ragnar Lothbrok, the legendary Viking king. Ragnar was a certified badass who changed the history of the world while participating in numerous bloody martial exploits. If I look for a source for my attitude towards life, I like to believe my genetic construction leans heavily on Lothbrok for its mental base.
Posted by TommyBoy at 2:02 PM 2 comments: 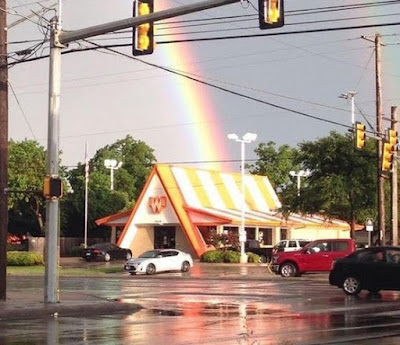 Posted by TommyBoy at 2:59 PM No comments: 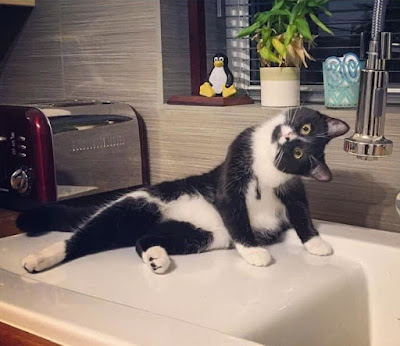 Sometimes captions just get in the way but if someone out there can come up with something that makes this picture any funnier than it already is, by all means, leave your humor in the comments.
Posted by TommyBoy at 8:34 PM 2 comments: 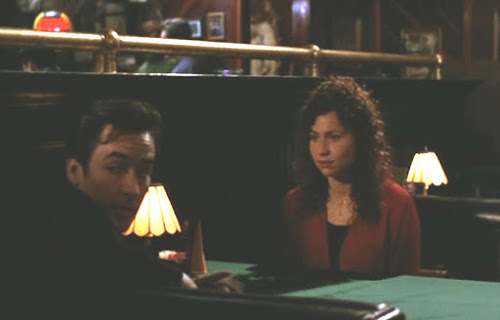 This 1997 dark comedy offers an A-list cast. Still drawing a blank? That's a hint.
Posted by TommyBoy at 9:08 AM 8 comments: 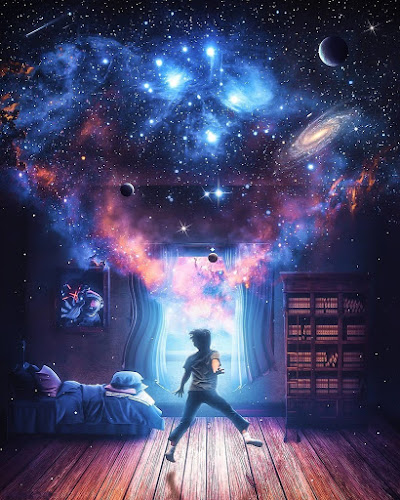 Use it or lose it.
Posted by Jimmy Startled at 10:55 PM No comments: 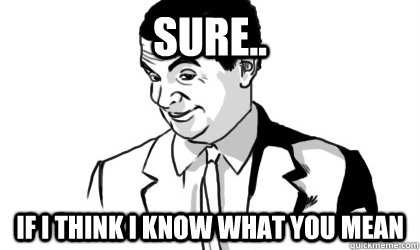 • Even though I believe all females to be batshit crazy, I am still persuaded by fluttering eyes and soothing language. It's done me in over and over from the time I was a child.

• When I think about it, I am always left with the opinion that, to varying degrees, everyone (men and women) is crazy.

• Why don't we call alcoholics and drug addicts crazy? Oh, that's right, it was decided they are ill, that they have a physical illness. Well, I guess whatever the AMA says is what we have to live with.

• Now, we used to say that gay people and pederasts were mentally ill but the script has been flipped on that one as well. It's to your political advantage to be gay these days. Probably a professional advantage too when you consider the perqs of being in a recognized exclusionary group. It doesn't work for the historical oppressors (white guys)...

• I installed a new sliding glass shower door in the head here at L@MT headquarters and it leaks! I am in the lengthy process of repairing the leak. Do silicone vapors get you high?

• If I were affiliated with either of the political parties here in the good ole USA, you'd have to drag me with wild horses to any of those rallies or conventions. I do like a red baseball cap though. Takes me back to the days when the St. Louis Cardinals were the hottest team in pro baseball. Long time ago.

• Who pays Antifa and BLM to transport, equip, feed and house their members? This barrage of strategically planned riots and demonstrations has a giant payroll behind it. Who writes the checks?

• Man, if Joe Biden wins the presidency, I will never miss another presidential media briefing. Having Biden as president would be like having Daffy Duck as president. I don't mean to denigrate; rather, I'd like to point out that Joe Biden's disconnect from reality is going to make for great television. It already has.

• Joe Biden is a professional politician and has worked as a politician his entire life. If anybody knows where all the bodies are buried from the previous administrations, it would be old Joe.

• On a closing note, the Epstein affair serves to remind me that all justice is up for sale. It is probably safe to make a comparison between the degree of corruption in our government, society at large, and the hollowing out of the American judicial system. I suppose we're all guilty to a certain extent, but it's those responsible for getting us here who should be held accountable. Judges, lawyers, clerks, etc. as well as ex-presidents, should all be taken out behind the barn for a good spanking. I think most would enjoy it.