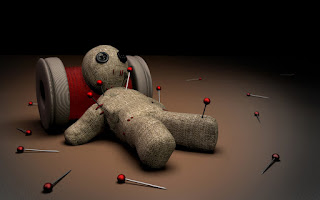 I hope my occasional readers are enjoying the uploaded music. The recordings are rough but that's what makes them fun for me. If my dreams had come true as a young man, I would have pursued music as a vocation. However, dad wanted me to be an engineer and mom wanted me to be a dentist. I wanted to be a cowboy, or a butler for my mom so I'd never have to find a real job much less move out, maybe a preacher of my own made-up religion, or maybe an astronaut. If I washed out of the American astronaut program, I'd go to Russia and volunteer as a cosmonaut. I had it all figured out.

You know what happens to the best laid plans. I became a hippy guy, decided to get educated in college, and then that got interrupted by fun and games in Southeast Asia.

I came home from the war disappointed and bitter. I had a look behind the curtain and decided we were working a fixed game. I've learned a little more since then, but the realization that my life is an illusion did not come naturally. We are too propagandized to break free of the programming without effort. Effort comes through a driving interest in the truth and the courage to accept it when it is revealed. If you're still going through the motions of life based on the reality that the establishment has offered you, then your life is meaningless -- the unexamined life is not worth living.

If you have allowed yourself to fall into a sinful or deviant lifestyle, you don't have to accept the notion of God to realize you have crossed the fine line that divides sanity from insanity. You're not going to hell; nope, you're already there and what's more, you're going to take down those around you, including kids, grandkids, lovers, enemies, and friends. This is guaranteed. The ramifications of a truly demented lifestyle affect everyone. One contributes to the insanity of the world by leading a life one knows one shouldn't. But you do it anyway 'cause it feels good. Furthermore, most don't see themselves as the demons they've become. That's what happens when you sink to those depths. You sacrificed peace, truth, friendships, and normality for fringe behavior. I am sorry. It's such a cheap offering for a life.

In regard to the damage done to me, I am sorting out the reasons for the emotional poison revealed to me. The shaman and the woman down in the valley are helping . They said the "infection" is deadly and I will go crazy if it is not treated properly. Everything they have told me about the witches' behavior and how I would react has come true. I am doing as they requested; I'm fasting, drinking water, and seeking clarity from all my solo time in the woods. At this time, I don't feel like I'm getting any better. I'm getting worse. My anger comes out without me knowing immediately what I'm even mad about. Sometimes I wake up mad; like fighting mad. Shaman says I will be all right but I have to work the process, so I've still got two weeks until the woman will perform the cleansing ceremony. She won't move up the time. Maybe by one day, she said, but no more.

Shaman told me again to stay away from people. "Anything can happen," he said. "You could get mad and hurt somebody."

A quick rundown on what happened: I was deceived by a woman I was enchanted by and loved for years -- unrequited, I might add. I earned another cluster for my fool's wings . The deception centered on her concealing her own deviant nature (oh yeah, we're talking really nasty here) while presenting herself as a righteous woman. I was taken in and the accumulation of lies worked to distort my view of reality, including the efficacy of the Christian religion. You might think it's a load of nonsense, but I'm telling you it's not. A tribal shaman agreed to treat me after meeting me and that's where I am. They're working psychological magic on me with my permission. Jesus or Buddha ain't got nothin' to do with it.