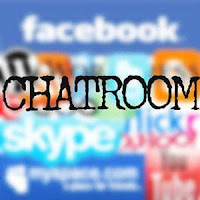 My contacts talk among themselves as if I'm not even there. It's an insult. I haven't evolved enough to understand, they tell each other. I'm a thoughtless oaf, slave to my own never-ending desire. I get up and step over mewing kittens playing in the trash I have to tiptoe through on the way to the refrigerator where I keep an extra twelve pack of cold beer.

The frig is mildewy around the black rubber lining and the wire shelves are rusted but the thing still worked. I pried a cold one from the pack and returned to the computer, pushing aside an empty extra large pizza box as I rested my ample buttocks in the magic contours provided by the space-age miracle of form-fitting cushioning.

I typed into the keyboard. "To understand what? What makes you think you have the answer to anything?"

It took a moment but the responses soon began pouring in hot and fast, mostly passive/aggressive stuff, centering on a shared theme -- violence isn't the answer to anything.

To which I responded that apparently, they were wrong; violence was indeed the answer according to most historical accounts. There have been wars and collective mayhem throughout human history. Why should I believe otherwise? I also pointed out that it is always those who can not protect themselves who are so insistent on violence not being the answer to disagreements. But it just isn't so.