What's Coming to Them

What's Coming to Them 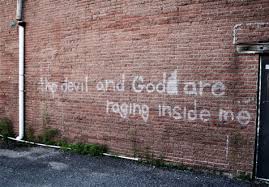 Luci shrugged and looked at her boss. "All I'm asking is, has anyone considered a different form of control? Perhaps from inside the simulation rather than outside. Then we wouldn't have all these problems with remote commands and the interface wouldn't be fuzzy..."

"The interface is not fuzzy."

"That's not exactly what I meant. I just mean maybe the feedback would be higher if we established a real presence within the simulation. That's all I'm saying."

"A real presence? Like a monastery on a mountaintop? Maybe just a little shrine instead? Or should we go big and establish a holy monarchy?"

Luci shook her head. "A monarchy is a lot of trouble but you could do whatever you wanted. Don't get me wrong, I do like the shrine idea, but bigger is better."

"You really don't like the design? It's fail-proof. I can guarantee it."

"Oh, I know the design works, but it's so slow. It'll take generations and generations to get anywhere and there's never any real progress. It's all these notions of yours about balance and living in grace. We'd be better off shifting that balance."

"Oh? So you think you could do better? You could manage this project better from the inside?"

"Really? How much fun is this going to be? Let's see, I'm going to need a new look, also I'll need servants and helpers..."

"Take an army, if you want," suggested the Lord.

"I like how you think," she said just before disappearing in a flash and a cloud of smoke.

The Lord of Light sighed and looked into the universe he had created. He whispered. "Luci? Don't be too hard on them."

"Don't worry," came the reply. "Everyone will get what's coming to them."